The territory now known as Ridgewood was once the hunting and fishing grounds of the Lenni Lenape Indians. When the first European settlers arrived, they found a forested wilderness abundant in turkeys and rattlesnakes.

During Colonial times, the entire region was known as Paramus.  The first settlements were by the Dutch in the area of the Old Paramus Reformed Church located at what is now the intersection of East Glen Avenue and Route 17.  Several times during the Revolutionary War, this church served as the headquarters of General George Washington.

At the end of the War, there were still only about twenty families residing in the boundaries of modern-day Ridgewood.  The early Dutch Americans who inhabited this area were self-reliant and spent their days tending to the necessities of survival. Most lived off farming and some established mills along the Hohokus Brook or Saddle River.  Roads were few and far between.  Development was slow and most new homes were built for the descendents of the original settlers. For many years, the area was popularly known as Godwinville in honor of Abraham Godwin, a local Revolutionary War hero.  In the 1860s it became known as Ridgewood and the name has remained.  Today, a statue of Abraham Godwin stands in Van Neste Park as a tribute to the Village’s early namesake.

The railroad arrived in 1848 and times changed forever.  In the beginning, the nearest stop was in Hohokus.  However, mill owners clamored for a closer one and in 1851 a stop was created near the present-day train station.  A second track was added in 1865 and two more in 1902-03.

The train set off a modest real estate boom as New Yorkers were attracted to the agreeable residences that were being built within easy distance of the station.  The number of houses grew from 59 in 1851 to 1,200 in 1876.  Businesses were established to service the increasing population.

By 1900, the population of Ridgewood had reached nearly 2,700.  Residents were drawn to the clean air, broad tree-lined thoroughfares and numerous parks and recreational facilities. Many depended on the convenient train commute to New York City.  The Village had also developed a reputation for families, education and pride of ownership.

Rapid population growth at the turn of the century fueled the development of a diverse central business district.  By 1930, the population had reached 12,188 and the downtown commercial center had begun to encroach on neighboring residential zones.  By 1972, Ridgewood’s population was over 27,500 and the mature downtown area was fully developed within its present boundaries.

Today, Ridgewood is the pride of New Jersey with its vintage homes and “main street” appeal.  The restaurants and shops of a dynamic downtown attract visitors from all over the region. Commuting proximity to New York continues to service those who rely on the big city for their livelihood yet yearn for the peace and values of a close-knit bedroom community.  First-class schools and commitment to family encourage children to become caring and contributing members of society.  Shade trees, soccer fields and sidewalk sales – Ridgewood offers it all, with an appreciation for the past and optimism for the future.

Movers 201 provides a full range of services to Bergen County of Northern New Jersey. We offer a variety of moving and storage services, and we handle local, long-distance and International moving. We provide residential and commercial moving services.

Movers 201 will provide the same courteous, reliable, and personalized service guaranteed. We have extensive knowledge and experience in local, long-distance, and international moving and our state-of-the-art equipment and carriers along with our incomparable team of professional movers make us second to none in the industry. We offer a 100% all included rates with no Hidden fees or extra charges, We will come and performed a free in-home estimate and will custom tailor a plan that is right for you.

Our Moving services include: 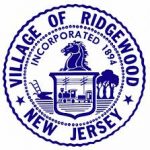 1. Disassemble & Reassemble of furniture as needed
2. Loading, Unloading & Setup of furniture at new location
3. Pad-wrap of all furniture (pad-blanket & tape at no charge)
4. Packing of TVs & Plastic cover for Mattress
5. Packing of glass tops, mirror, large artworks, glass shelves…
6. Free use of wardrobe boxes (free use on move day)
7. Gas, taxes & basic coverage insurance ($0.60 per pound)
8. No extra charge for stairs or extra stop (pickup or delivery)
9. Box delivery with a full refund for unused boxes

Local Moves are based on an hourly rate

Long Distance based on volume of shipment

Very professional business. The 2 man crew arrived on time and made the moving process easy. They were very careful with the handling of our items and made sure that the furniture was wrapped up properly so it wouldn’t get scratched during the move. I would highly recommend them and would definitely use their services again.

The 3 man moving team at Movers 201 that did my move 2 weeks ago was first class! Joshua, Randi, and Darwin worked as a true team with speed, efficiency, and genuine care and concern for the task at hand and the items being handled. I was very impressed w this squad and would recommend them to anyone in need of movers.

Can’t say enough good, feeling very grateful to have found this company on YELP. Darwin & Edwin have a can do attitude & found a way to answer yes to all of our requests. Booking was easy, a confirmation call the day before, the crew was in touch the day of, giving me an update on the estimate time of arrival. Showed up on time, ready to work. The pricing was fair. Excellent Mover’s!

Movers 201 is awesome. They’ve been donating their services to my local elementary school for the past several years. They’ve taken on the delicate task of moving a grand piano. They’ve been on time professional and speedy. And best of all super friendly!

HIGHLY RECOMMEND! 201 Movers were excellent and had great communication.

From the very beginning of the whole process starting with the quote process, everyone was very professional. The day of the move four guys showed up, They were all amazing and truly devoted to what they do. We could not have asked for a more efficient crew for our move. We will hire them again!

After calling around and getting multiple quotes from movers, Amir, owner of Movers 201, sounded the most reliable and truths worthy. The Movers 201 team was on time, efficient, safe, and personable. Crew was absolutely amazing and I would recommend to ANYONE! They made our move from Hoboken to Manhattan SO easy. HIGHLY recommended!

We used Movers 201 for a move within NJ and we were very happy with their service. They were very fast with loading and unloading of all of our items but still very careful, taking the time to propely wrap and unwrap the furniture to avoid any damage – all that in 85F heat and with multiple flights of up/down stairs involved.
At the end, the bill ended up to be a few hundred dollars under the estimate.

Used these guys to move me few weeks ago. Very professional, a real moving company, not just a bunch of guys with a truck. They showed up on time and completed the move within the estimated time frame. Everything was as you would expect from a reputable company. I will definitely use them again the next time I move.

I moved with Movers 201 across the states. The whole process is very smooth. The inventory website is easy to use and Amir has been very responsive. The delivery window is 10 business days and I’m happy that my stuff get delivered on the 1st day of the delivery window. There is no hidden fees, but be aware of there is long distance carrying fee although I was not charged. The moving staff is professional. I would highly recommend Movers 201.