The County of Hudson was created in 1840, named after the great river and its namesake, the English explorer, Henry Hudson, who landed his vessel the Half Moon at what is now the City of Hoboken in September of 1609. A peninsula totaling 46 square miles, and the smallest and most densely populated of New Jersey’s 21 counties, Hudson County is located in the state’s northeast corridor on the western shore of the Hudson River. The county’s water boundaries are the Hackensack River on the west, the Kill Van Kull on the south, Newark Bay on the southwest, and the Hudson River on the east.

Hudson County has population of approximately 600,000, the fourth largest in New Jersey. Hudson County ranked as the 8th most racially diverse county in the country.

There are 12 municipalities in Hudson County. They are the City of Bayonne; Borough of East Newark; Town of Guttenberg; Town of Harrison; City of Hoboken; City of Jersey City; Town of Kearny; Township of North Bergen; Town of Secaucus; City of Union City; Township of Weehawken; and the Town of West New York.

Hudson County is known as the “Gateway to America” because of its history as the first stop for many immigrants processed through Ellis Island, now officially part of New Jersey. Ferries would take the immigrants to the historic Central Railroad of New Jersey Terminal at what is now Liberty State Park in Jersey City. Here they either bought train tickets for connecting destinations to nearly every corner of the United States, or began their new American lives by living in Hudson County and working at any number of the then plentiful factory, railroad, or port jobs.

Hudson County’s history also includes one of the oldest settlements in America. The Village of Bergen, now a part of the City of Jersey City, was established in 1661 as New Jersey’s first, permanent European settlement, along with the first school, congregation, and civil government. The birthplace of the modern game of baseball happened in the City of Hoboken on June 19, 1846. Jersey City, the county seat, was originally laid out by the Associates of the Jersey Company, a New York business group headed by Alexander Hamilton, who was to be mortally wounded in a duel with Aaron Burr at Weehawken on July 11, 1804.

Hudson County is one of the major transportation hubs of the United States. Major roads and crossings include: the Holland and Lincoln Tunnels and Bayonne Bridge to New York; the New Jersey Turnpike; Interstates 78, 95, and 280; and U.S. Routes 1 & 9. Mass transit connections include NJ Transit buses and trains to New York, New Jersey suburbs and shore; PATH commuter trains to New York; passenger ferry service to New York; and the Hudson Bergen Light Rail Transit System.

Hudson County has seven parks. Lincoln Park, in Jersey City, is the largest and is notable for its exquisite 53’ fountain, designed by Pierre J. Cheron in 1911, and a 20’ statue of a seated, pensive Abraham Lincoln, designed by James Earle Fraser, best remembered for his design of the buffalo nickel. The newest park is Laurel Hill Park in Secaucus. Situated along the banks of the Hackensack River it offers a public boat launch.

Hudson County’s most famous and magnificent historic building is the Hudson County Court House in Jersey City. In 1989 it was renamed after William Brennan, the late Supreme Court Justice, who served as an assignment judge there in 1951. The building, neglected by the county from 1966 to 1975, is now nearly completely restored. It was placed on the New Jersey and National Register of Historic Places in 1970 and re-opened in 1985. The building, designed by local architect Hugh Roberts in the Beaux-Arts style, was opened on September 20, 1910. A much sought after location by movie and television directors, it is especially noted for its spectacular murals by celebrated early 20th century artists Howard Pyle, Charles Yardley Turner, Francis Millet, Edwin Blashfield, and Kenyon Cox.

Hudson County is now a growing home to major financial corporations such as Merrill Lynch, Paine Weber, Dean Witter, Bank of Tokyo, and Goldman Sachs, among others. Formerly an industrial, shipping, and rail freight hub, such famous American consumer products as Maxwell House Coffee, Colgate-Palmolive, Dixon Pencils, Tootsie Roll, and Franco-American were at one time made in Hudson County.

Hudson County’s most popular tourist attraction is Liberty State Park, which provides visitors with the most convenient way of getting to the Statue of Liberty and Ellis Island in the metropolitan area. Other popular attractions include Liberty Science Center; Spirit of New Jersey Dinner Cruises; The Lady, a paddlewheel boat for dinner cruises; Horizon dinner cruise yacht; historic Hoboken dining and nightlife; the Park Performing Arts Center; and the Secaucus Designer Outlets, one of the original and oldest of the true outlets in the country. Hudson County, like all of New Jersey, does not tax clothes or shoes. The sales tax is 6%, with 3% sales tax available in select Urban Enterprise Zones.

Hudson County offers many popular festivals and events, including the annual Passion Play at the Park Performing Arts Center, the St. Ann’s Italian Feast in Hoboken, Art & Music festivals in Hoboken, and the annual Artists Studio Tours in Jersey City and Hoboken.

Movers 201 provides a full range of services to Bergen County of Northern New Jersey. We offer a variety of moving and storage services, and we handle local, long-distance and International moving. We provide residential and commercial moving services.

Movers 201 will provide the same courteous, reliable, and personalized service guaranteed. We have extensive knowledge and experience in local, long-distance, and international moving and our state-of-the-art equipment and carriers along with our incomparable team of professional movers make us second to none in the industry. We offer a 100% all included rates with no Hidden fees or extra charges, We will come and performed a free in-home estimate and will custom tailor a plan that is right for you.

Our Moving services include: 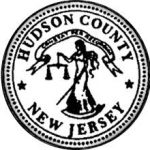 1. Disassemble & Reassemble of furniture as needed
2. Loading, Unloading & Setup of furniture at new location
3. Pad-wrap of all furniture (pad-blanket & tape at no charge)
4. Packing of TVs & Plastic cover for Mattress
5. Packing of glass tops, mirror, large artworks, glass shelves…
6. Free use of wardrobe boxes (free use on move day)
7. Gas, taxes & basic coverage insurance ($0.60 per pound)
8. No extra charge for stairs or extra stop (pickup or delivery)
9. Box delivery with a full refund for unused boxes

Local Moves are based on an hourly rate

Long Distance based on volume of shipment

The 3 man moving team at Movers 201 that did my move 2 weeks ago was first class! Joshua, Randi, and Darwin worked as a true team with speed, efficiency, and genuine care and concern for the task at hand and the items being handled. I was very impressed w this squad and would recommend them to anyone in need of movers.

We used Movers 201 for a move within NJ and we were very happy with their service. They were very fast with loading and unloading of all of our items but still very careful, taking the time to propely wrap and unwrap the furniture to avoid any damage – all that in 85F heat and with multiple flights of up/down stairs involved.
At the end, the bill ended up to be a few hundred dollars under the estimate.

From the very beginning of the whole process starting with the quote process, everyone was very professional. The day of the move four guys showed up, They were all amazing and truly devoted to what they do. We could not have asked for a more efficient crew for our move. We will hire them again!

Movers 201 is awesome. They’ve been donating their services to my local elementary school for the past several years. They’ve taken on the delicate task of moving a grand piano. They’ve been on time professional and speedy. And best of all super friendly!

Used these guys to move me few weeks ago. Very professional, a real moving company, not just a bunch of guys with a truck. They showed up on time and completed the move within the estimated time frame. Everything was as you would expect from a reputable company. I will definitely use them again the next time I move.

Can’t say enough good, feeling very grateful to have found this company on YELP. Darwin & Edwin have a can do attitude & found a way to answer yes to all of our requests. Booking was easy, a confirmation call the day before, the crew was in touch the day of, giving me an update on the estimate time of arrival. Showed up on time, ready to work. The pricing was fair. Excellent Mover’s!

After calling around and getting multiple quotes from movers, Amir, owner of Movers 201, sounded the most reliable and truths worthy. The Movers 201 team was on time, efficient, safe, and personable. Crew was absolutely amazing and I would recommend to ANYONE! They made our move from Hoboken to Manhattan SO easy. HIGHLY recommended!

I moved with Movers 201 across the states. The whole process is very smooth. The inventory website is easy to use and Amir has been very responsive. The delivery window is 10 business days and I’m happy that my stuff get delivered on the 1st day of the delivery window. There is no hidden fees, but be aware of there is long distance carrying fee although I was not charged. The moving staff is professional. I would highly recommend Movers 201.

HIGHLY RECOMMEND! 201 Movers were excellent and had great communication.

Very professional business. The 2 man crew arrived on time and made the moving process easy. They were very careful with the handling of our items and made sure that the furniture was wrapped up properly so it wouldn’t get scratched during the move. I would highly recommend them and would definitely use their services again.